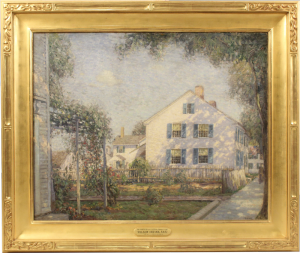 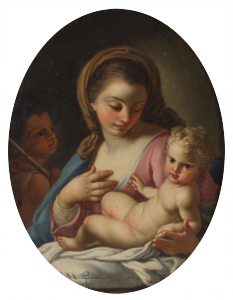 Oil on copper painting of Madonna and Child with the Infant Saint John the Baptist, by Francesco de Mura (It., 1696-1782). 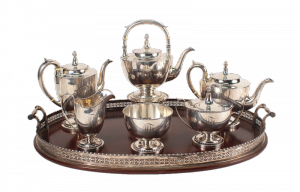 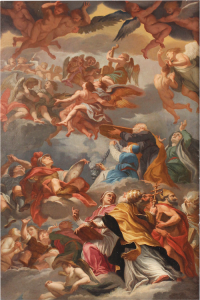 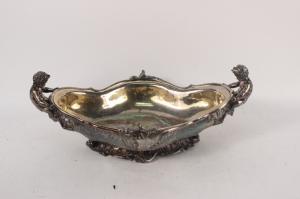 The Estate Treasures Auction, featuring numerous treasures pulled from prominent estates and collections, will be held online and in Nye's Bloomfield gallery.

It’s extremely gratifying to have such a wonderfully diverse group of property in the June sale, some of which has never been offered for sale, descended in the Winan and McNeill families.
”
— John Nye

BLOOMFIELD, NJ, UNITED STATES, May 21, 2018 /EINPresswire.com/ — BLOOMFIELD, N.J. – A two-day Estate Treasures Auction featuring numerous treasures pulled from prominent estates and collections, will be held Wednesday and Thursday, June 6th and 7th, by Nye & Company Auctioneers, online and in the firm’s gallery located at 20 Beach Street in Bloomfield. The auction catalog will appear online May 23rd, at www.nyeandcompany.com, as well as the two online bidding platforms www.LiveAuctioneers.com and www.Invaluable.com.

Start times both days will be 10 am Eastern. The Wednesday, June 6th session will be a live auction. The following day will be a timed online-only auction. Phone and absentee bids will be accepted. Public viewings will be held on the days leading up to sale, beginning on May 28th.

“It’s extremely gratifying to have such a wonderfully diverse group of property in the June auction, some of which has never been offered for sale, descended in the Winan and McNeill families, of which the artist, James A. McNeill Whistler, hails from,” said John Nye of Nye & Company Auctioneers. “The collection has never left its important Newport, Rhode Island family, which built the city’s second largest house on the water, known as Shamrock Cliff.”

The family was involved in the building of the Trans-Siberian Railway, and that explains the high number of 19th century lacquer boxes in the auction, as well as the circa 1875 Russian silver sterling dinner service by the Imperial master silversmith Gustav Alexander Sohlman. Also from the family is other Russian silver, plus bronzes, rugs and etchings by James A. McNeill Whistler.

A superb collection out of Locust Valley, N.Y., features traditional English furniture, a Baccarat chandelier and lots of Baccarat “Empire” and St. Louis “Thistle” pattern glass, as well as other pedigreed glass. Another seller also has two other Baccarat chandeliers. Jewelry in the sale will comprise approximately 100 lots and will include a vintage Rolex Oyster Precision wristwatch.

Silver will also be offered in abundance. Featured lots will include the following:

• An English silver tureen, crested with a coat-of-arms from the Dukes of Bedford, with the underside marked ‘N3 81:0,’ hallmarked ‘GM’ (George Metheun, London 1757), double-handled, footed, with an ornate plant-like finial, gadrooning, scrolled feet, 80 troy ounces.
• A French 19th century silver over bronze jardinière, an oval centerpiece boasting scrolled handles with lion mask handles, centered female form masks each side, floral festooned garland, swirl form, with a beaded border pedestal set on a square base with scrolled feet.
• An important French 19th century sterling silver oval centerpiece bowl, with rim stamped “Froment Meurice”, with the French hallmark Head of Minerva, plus a smaller illegible mark, having putti form handles on each side, a shell and scroll shaped border, engraved coat-of-arms on each side within a shaped cartouche, flanked on either side by graduated swirl motifs, ending with putti wrapped around the foot of a stylized serpent (total weight 133 troy ounces), together with shaped footed vermeil comforting insert (50 troy ounces).

From a New York City collector will come several original artworks by the noted painter Wilson Irvine (Am., 1869-1936), including an impressionistic view of an all-American farmhouse, artist signed and titled The Fourth of July, Essex, Connecticut. Also, from a New Jersey family, a large abstract oil on canvas by Gang Zhao (Chinese, b. 1961), in greens and orange, will be offered.

Also sold will be a group of European, 18th and 19th century paintings from a New York City estate and early 19th century Georgian furniture and decorative arts from a Greenwich, Conn. collection.
The previews are planned for Monday thru Friday, May 28-June 1, from 10 am to 4 pm Eastern time each day; Sunday, June 3rd, from 12 noon until 4 pm; and Monday thru Wednesday, June 4-6, from 10-4. Previews will be held at Nye & Company Auctioneers’ gallery in Bloomfield, N.J.
John Nye had a long and fruitful career at Sotheby’s before he and his wife, Kathleen, acquired Dawson’s in 2003 and started Dawson & Nye. With the move to Bloomfield seven years later, they renamed the business to Nye & Company (Auctioneers, Appraisers, Antiques). The firm is nationwide, but the vast bulk of the business comes from trusts and estates in the tri-state area.
For more information about Nye & Company Auctioneers and the Estate Treasures Auction scheduled for June 6th and 7th, please visit www.nyeandcompany.com. The catalogue for the auction will be posted May 23rd, at www.nyeandcompany.com, and at LiveAuctioneers.com.