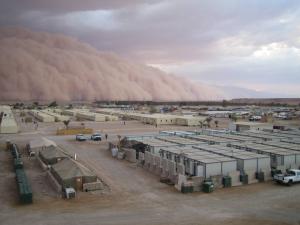 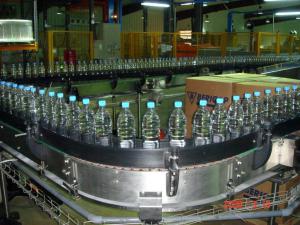 Ultimately, the economic future of the world rests not only on the ability to strengthen developed economies, but also raising the standard of living of humanity”
— Barbara D'Amato

NEW YORK, NY, UNITED STATES, May 31, 2018 /EINPresswire.com/ — “Ultimately, the economic future of the world rests not only on the ability to strengthen developed economies, but also raising the standard of living of humanity” expressed Barbara D’Amato, CEO of Trilogy.
Meet the first woman who successfully built bottled water manufacturing plants in the Middle East making headlines not only in the Arab world, but also in the US and global financial markets through her business acumen, humanitarian initiatives and inspirational leadership.
Barbara D’Amato is a lifetime Wall Street banker, a disruptive player in emerging markets, and an avid impact investment entrepreneur.
“Our experience in impact investments dates back to 2004, when challenged to cap raise in Wall Street to build six large-sized water purification and bottling plants in a War Zone in Iraq” Barbara expressed.
Driven by her passion for international markets and her commitment to impact investing, Barbara D’Amato left her long career in Wall Street to sail the unchartered waters as an entrepreneur herself, driving to successful close “projects of global significance” in the Middle East, which were the words she had chosen to describe what today is known as impact investing.
Barbara’s ambition, vision and drive to succeed always led her to capitalize on the opportunities in the marketplace and create value through a combination of global business and impact investment.
But succeeding globally does not happen overnight. In the beginning there was a steep education curve to overcome on both sides of the equation -in the US and in international markets- so her strategic approach to successfully completing cross border transactions had to include a systematic and integrated approach to international engagement of the parties based on mutual goals and objectives. She soon understood the role fear, perception of risk, and lack of familiarity with emerging markets played in the human psychology of most of those who controlled the financial and human capital in the US and the world. However, that did not deter her from getting the work done. She simply refers to that notion as: “Inefficiencies in the market” which will be solved with globalization.
With the financial prowess of Trilogy on their side, a Utah-based group of industrialists -led by social entrepreneurs Phil Morrell, Paul Morrell, and Paul Jeffries- was able to construct and implement the first bottled water manufacturing and production facility ever built by a US company and by the US military in the Middle East at that time. Proudly, she recalls, this was one of the most successful and high impact investing projects she was involved in, building six large scale water plants in a war zone, expanding revenues from $10 million to over $135 million USD annually, employing over 600 Iraqi nationals while creating thousands of local and regional jobs in the process hiring local Iraqi and MENA nationals from 16 different nationalities, cultures and languages; while successfully completing humanitarian efforts providing employment, wages and training for the local Iraqi workforce under a program called Employ Iraq and rebuilding 14 elementary schools under the Path to Prosperity program to rebuild Iraq.
“I got Michael Dell’s private hedge fund company in New York to fund it out of all Wall Street firms that would not touch it. This was a historical, milestone transaction and we did it in what was back then a war zone, at a time when bombs were flying all over the skies of Baghdad” she recalls as she was sitting in the boardroom of MSD Capital ready to sign definitive agreements for funding while the TV played images of Baghdad on CNN.
At a time when impact investing did not exist yet, Trilogy successfully got funded this $400 million USD contract enabling the plants to successfully produce and deliver over 1.8 Billion bottles of water – – potentially out of a pile of toxic mud given the threats of terrorism and in one of the most inhospitable environments on Earth.
Trilogy was instrumental in leveraging from its vast global network and create synergies necessary for the business to thrive by following a methodical approach to project development: Secure the funding, build the local infrastructure, build government and vendor relations, expand into vertical market segments, and ultimately gain a dominant market position in the region achieving higher than market-rate returns while improving the lives of the people and communities in the region.
At the time there were no global water brands with production in Iraq, and no other local producer had ability to consistently deliver quality nor meaningful quantities of water as required by the US Department of Defense. Local competitors were generally undercapitalized, had outdated equipment, or produced significantly inferior quality of water. According to the United Nations only 32% of the Iraqi population had access to clean drinking water and 68% of all drinking water was unsafe in Iraq.
“We are proud of our track record of investment in humanity, bridging the gap between developed and emerging markets, tackling the most pressing global issues, and helping to build sustainable businesses while improving lives, families, and communities” expresses Barbara. “But the work is far from over. We look forward to the hard work and the challenges ahead as we continue to transform the world, only this time, we stand together on a more equitable basis as partners in collaboration” she concludes with pride.
Barbara is a woman who is making a real difference in the world and hopes that many other women will follow in her footsteps.
Barbara has been an outstanding entrepreneur, a catalyst for change, and an inspiration to those who cross her path. Her role has always been to inform and inspire new leaders on social, environmental and economic change through collaborative entrepreneurship.
Trilogy is currently in the process of institutionalizing their impact investing practice through the creation of a woman-led asset manager class under a disciplined emerging fund called: Trilogy Global Impact Fund in order to proactively identify high-yield high-impact investment opportunities to create significant global impact across the value chain.
For more information: www.trilogybrandsgroup.com. LinkedIn: https://www.linkedin.com/in/bdamato1. Twitter: @Bdamato13