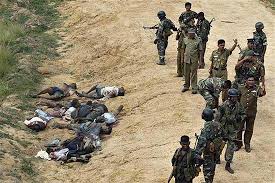 “If anyone took the Supreme Court’s actions last month as proof that Sri Lanka could investigate itself for war crimes, crimes against humanity and genocide committed by the State, the appointment of Major General Silva–one of the men most responsible for these heinous and inhumane crimes–proves that idea null and void” said Mr. Visuvanathan Rudrakumaran, Prime Minister of Transnational Government of Tamil Eelam (TGTE).

“Among a long list of reasons why we need international investigation and prosecution to achieve justice, consider that Major General Silva, according to the UN’s own reports, is responsible for the exclusion of any international presence in the Vanni during the final stage of the conflict. This was a calculated move intended to facilitate the Tamil Genocide. The same was done in Rwanda. It’s a tactic that’s been employed elsewhere before atrocity crimes were committed,” said Mr. Rudrakumaran. “So, can a State that appoints a man responsible for ridding the Vanni of any international witnesses to one of the highest posts in the nation be trusted to investigate itself? Of course not.”

What ensued in the Vanni in the May 2009 at the hands of Major General Silva’s 58th Division of the Sri Lankan Army, as reported by the UN, NGOS and other independent parties, includes mass murder of over 70,000 Tamils, forced disappearances, extrajudicial murders, rape, the calculated denial of food and humanitarian aid designed to being about death, the deliberate shelling of hospitals and displacement camps, and torture: all of which amount to the perpetration of atrocity crimes, including genocide.

“This appointment is a staggering affront to the international community, especially the United Nations Human Rights Council, which worked with Sri Lanka exhaustively and in good-faith for years to devise a plan of action to make peace, reconciliation, and accountability in Sri Lanka a reality. Instead, both have been served a platter of betrayal,” said Mr. Rudrakumaran.

The plan of action for transitional justice, detailed in two UN resolutions—the second a generous time extension of the first that now seems more like foolishness. “The UNHRC already granted Sri Lanka a two-year extension to fulfill its obligations. That expires this year. Also this year, Sri Lanka is up for UNHRC review. TGTE calls on the UNHRC to interrogate Sri Lanka on Major General Silva's appointment as a sign of the State's repudiation of its obligations, deny Sri Lanka any more time extensions—as it has already failed the international community enough—and to refer Sri Lanka to the International Criminal Court (ICC),” Mr. Rudrakumaran added.

As Major General of the 58th Division, in addition to the above crimes, Major General Silva, bears significant responsibility for tens of thousands of disappeared Tamils. Mass graves also continue to be uncovered.

“Appointing the man responsible for a huge number of disappearances to an important national post is the best way to rob the Office of Missing Persons of any teeth,” noted Mr. Rudrakumaran. “I urge the UNHRC to raise this issue during their review.”

Major General Silva was subject of a war crimes lawsuit in New York in 2011, dismissed on the grounds of diplomatic immunity. In 2012, Major General was also removed from a UN peacekeeping committee because of these allegations.

“The appointment of Major General Silva not only signals a likely death for the peace, and justice process, but it also further increases the very real threat to the lives of Tamils,” said Mr. Rudrakumaran. “TGTE calls on the international community to stay vigilant to this enhanced threat, and to exercise universal jurisdiction if Major General Silva—or any of the individuals responsible for the Tamil Genocide—ever sets foot on their soil.”

ABOUT THE TRANSNATIONAL GOVERNMENT OF TAMIL EELAM (TGTE):

The Transnational Government of Tamil Eelam (TGTE) is a democratically elected Government of over a million strong Tamils (from the island of Sri Lanka) living in several countries around the world. It’s based on the principles of nationhood, homeland and self-determination. TGTE was formed after the mass killing of Tamils by the Sri Lankan Government in 2009.

TGTE twice held internationally supervised elections among Tamils around the world to elect 132 Members of Parliament. It has two chambers of Parliament: The House of Representatives and the Senate and also a Cabinet.

TGTE is leading a campaign to realize the political aspirations of Tamils through peaceful, democratic, and diplomatic means and its Constitution mandates that it should realize its political objectives only through peaceful means.

TGTE seeks that the international community hold the perpetrators of war crimes, crimes against humanity, and genocide against the Tamil people to account. TGTE calls for a referendum to decide the political future of Tamils.

The Prime Minister of TGTE is Mr. Visuvanathan Rudrakumaran, a New York based lawyer.