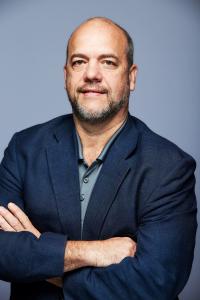 This past year has been fast-paced and exciting with many new opportunities and changes”
— Alan Heaton, Vice President of Sales, Auto/Mate

In his new role, Heaton will be responsible for growing and optimizing Auto/Mate's sales force. Currently he is actively recruiting in the mid-Atlantic region and in northern California. Auto/Mate is also hiring new customer success managers, responsible for handling inside sales to current customers.

"We need to create more bandwidth in response to the growing demand for our dealership management system," said Heaton. "This past year has been fast-paced and exciting with many new opportunities and changes."

In Auto/Mate's marketing department, Patrick Reilly was also promoted, although he retains his title of Head of Marketing. Reilly has developed and oversees Auto/Mate's corporate marketing strategy, currently being fulfilled by an expanding marketing team.

Auto/Mate’s employees have more than 1,200 years of combined experience working in franchised auto dealerships, the foundation of its By Car People, For Car People™ slogan. Auto/Mate is committed to winning its customers’ business each and every month with no long-term contracts and free software upgrades.