Since its launch, the platform has linked over a hundred compelling clips from audience videos directly on the web. The platform basic functionality is free of charge. The users can watch lively compositions of audience videos with no restrictions.

The native support of the latest web standards allows seamless access to the platform from the most popular HTML5-enabled browsers on mobile phones, tablets and personal computers. The simplicity of usage is achieved via automation of underlying technologies.

Aicue LLC, headquartered in Switzerland, is a technology company that brings innovative ICT solutions to the market. Built upon many years of research and development, Aicue targets to change the way audience videos are consumed on the web. 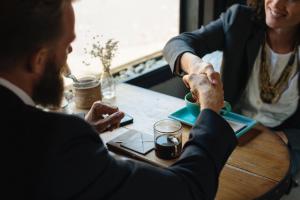 MyTEFL's superb job placement process makes them a cut above the rest.

VANCOUVER, BC, CANADA, September 1, 2019 /EINPresswire.com/ — With TEFL being the booming industry that it is these days, it can be pretty hard for the discerning consumer to pick a good course. Some are great, some are mediocre and some shouldn’t be touched. It’s important to do your research and make sure that the course you’re choosing is a quality, accredited program that will be recognized by employers all around the world.

So apart from accreditation and international recognition, how does one choose the right course for them? A few factors one might consider are cost, course format and customer care/service.

However one of the biggest aspects of customer care that makes great TEFL courses stand out from the merely good ones is the level of assistance you receive in finding a job after completing your TEFL course.

Most TEFL course providers will help you with your resume/cover letter and provide you with some job listing websites in your destination of interest.

At myTEFL however, we go above and beyond and we are very proud to be one of the only TEFL course providers that offers direct job placement in ten countries and online. Direct placement means that we arrange everything up to and including the Skype interview for you with partners we work with in your destination of choice. These partners have all been carefully vetted by us so you can rest easy knowing that your employer will be safe, reliable and legal in addition to providing top salaries and benefits.

Now direct placement does have some requirements, they’re a little different for each country and full requirements for the countries you’re interested in can be viewed on our jobs page but the four big ones are;

Completion of our 120 hour professional course – Most employers require a minimum of 100 hours of TEFL coursework.

A bachelor's degree – In any major, if you don’t have a degree you might be interested in one of our internships.

The reason for these requirements is due to visa regulations in place by foreign governments. They set the rules for foreign national work permit issuance and our partners in each of their respective countries must comply with these regulations. They are not set by myTEFL and we have no say in the matter.

Not meeting the requirements doesn’t by any means mean you can’t become a TEFL teacher, you’ll just have to apply for jobs independently and we’ll still help you as best as we can; with making your documents, providing you with job postings and by helping you ace that interview.

Assuming you meet the requirements, applying for jobs through the website is easy! You simply select the country you’re interested in and scroll down to the bottom of the page where there will be an “apply now” button. Clicking the button will open a window where you can upload the necessary files. This includes things like your resume, cover letter, degree, photo etc.

These partners will then get in touch with you to set up a date for your Skype interview. Our placement team will give you some interview tips and sometimes even a list of questions that you can expect during the interview to help you be better prepared.

MyTEFL graduates’ applications are prioritized by our partners so you’ll be “jumping the queue” so to speak and if the interview goes well (they usually do), it’s time to celebrate your new job! Your employer will take over from the placement team here and start sending you the necessary information/documentation to begin applying for your visa and booking your flight. Once you land in the country, your employer will typically pick you up from the airport and help you find accommodations. Getting a TEFL job abroad has never been so easy!

So what are you waiting for? Your adventure begins as soon as you register for your TEFL course, check out our website over here! 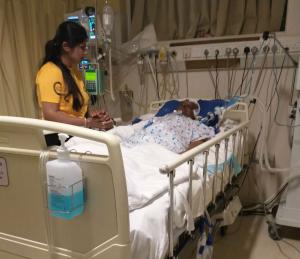 Scientology Volunteer Ministers reached out to the victims and their families to help them recover from the terrorist attacks in Sri Lanka. 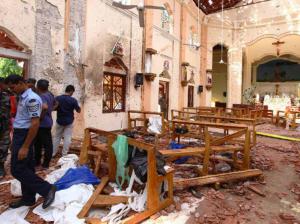 The Easter Sunday Sri Lanka terrorist attacks were an act of violence that left the country reeling. 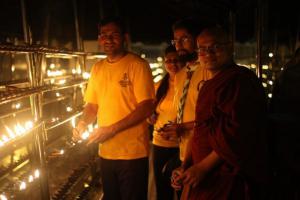 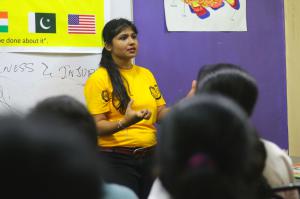 An international team responded to the tragedy in Sri Lanka to bring calm and promote peace and cooperation. 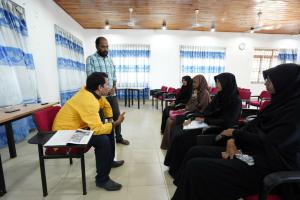 Reaching out to Buddhist leaders with a program to calm the nation and restore hope.

Volutneers responded to Sri Lanka in its time of need, helping it forge an era of trust and friendship.

On April 21, Jerome was in church at Colombo’s St. Anthony Shrine. Stepping outside for a moment, he was jolted by a deafening explosion. “I got to the door and was engulfed in black smoke. Inside, dead bodies and severed limbs were everywhere, and among the victims, many were my friends.”

Anticipating another blast, he began hauling people out.

“We helped ambulance staff take the injured to hospitals and I used CPR on some who were unconscious. I also managed to control bleeding by applying techniques I had learned as a Scout and a member of the Red Cross Society.”

Within an hour, he and his friends had helped pull all the dead and wounded from the scene of the explosion. But it was only then that the real work began.

To many, the Easter Sunday bombing seemed to turn back the clock to the 26-year Sri Lanka Civil War. Jerome’s greatest fear was that the terrorist attacks would rekindle distrust and prompt renewed inter-religious and inter-cultural violence among Buddhist, Hindu, Muslim and Christian communities.

“As I saw it, we were greatly at risk of becoming another Syria. But under the wise leadership of our archbishop, we worked in harmony with other religions to protect the Muslim community from potential backlash.”

The country’s immediate response was to establish martial law: mandatory curfews, the banning of group meetings. And while these were viewed as necessary to prevent further violence, there was also the potential of their creating an even greater rift among people in this highly factional nation.

Jerome is no stranger to the tensions that divide his country. His Sinhalese father, now a retired army brigadier, and his Christian Tamil mother had drawn censure when they married. Both families sought to drive a wedge between them, and it was only their love for each other and their son that kept them together.

A lifelong volunteer himself, Jerome immediately grasped the significance of finding a technology that is both practical and spiritual, capable of dealing with the disorientation, trauma and tremendous loss experienced by his friends and the entire nation.

Jerome began training on the 19 chapters of the Scientology Handbook to learn this technology and use it in his outreach to spread calm.

Humanitarian and Scientology Founder L. Ron Hubbard founded the Scientology Volunteer Ministers program more than 40 years ago in response to escalating crime and violence in society through the 1960s and 1970s. This program was designed to provide practical tools for encouraging human understanding and compassion. Mr. Hubbard expressly designed these tools for use by Scientologists and non-Scientologists alike. From his vision was born a broad-based movement of individuals from all walks of life. These individuals, known as Volunteer Ministers, dedicate themselves to delivering on-site assistance to communities around the world in times of need.

The VM team reached out to every segment of Sri Lankan society. They formed a partnership in the Muslim district of Kinniya with the Child Education and Social Development Association, through which VMs are working in 66 schools reaching some 20,000 students with three of the chapters of the Scientology Handbook on the technology of study, communication and Scientology assists—techniques developed by Mr. Hubbard that speed healing and provide relief by addressing the emotional and spiritual aspects of stress and trauma.

In the Buddhist community, which represents some 70 percent of the country’s population, the Volunteer Ministers formed a partnership with a Buddhist society that provides higher education to Buddhist communities across the world. One seminar they delivered trained 40 teachers from 15 countries including Viet Nam, China and Myanmar, on the Scientology technology of communication and study. The society wants to incorporate Volunteer Ministers technology into their curriculum going forward.

A very spiritual nation, every segment of Sri Lankan society has welcomed the help of the Volunteer Ministers and the new VM groups springing up across the country. Among the many new friends made were those who remembered the bright yellow shirts and the unconditional help of the Volunteer Ministers who arrived in 2005 to help Sri Lanka recover from the devastating Indian Ocean tsunami.

Watch an episode on the work of the Volunteer Ministers who responded to the 2011 Nepal earthquake on the Scientology Network.