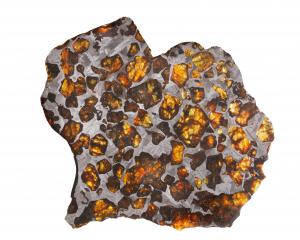 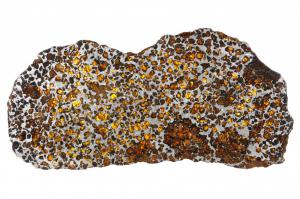 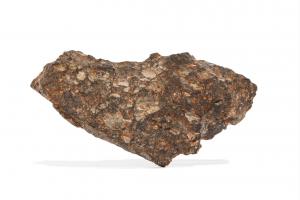 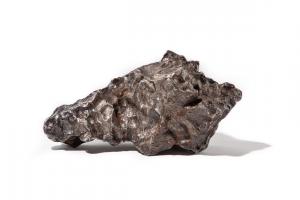 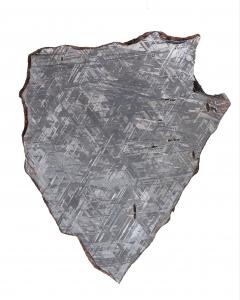 We're delighted to bring the first dedicated sale of meteorites and moon rocks to the West Coast. With the holidays approaching they'd be a stellar gift for a special someone who’s 'out of this world’”
— Andrew Jones

“We are delighted to bring the first dedicated sale of meteorites and moon rocks to the West Coast,” said company president and CEO Andrew Jones. With the holidays fast approaching, they would be a stellar gift for that special someone who’s ‘out of this world’.” He added, “This is one of the most fascinating collections I have seen in my forty years in the auction business.”

One of the “stars” of the sale is an extremely rare Fukang Pallasite meteorite from China (est. $200,000-300,000). Discovered in 2000 in the Gobi Desert in China’s Xinjiang Province, the meteorite is estimated to be 4.5 billion years old. Pallasites represent less than one percent of all known meteorites. A relic of a disrupted planetoid, this full center slice is intricately composed of roughly 50 percent olivine crystals and 50 percent nickel-iron.

Also included are actual pieces of the moon. “Our broad selection of lunar meteorites includes the impressive feldspathic NWA 11273 lunar meteorite (est. $60,000-$80,000) found in April 2017 in Northwest Africa and weighing 419 grams,” Mr. Jones said. “What a gift that would make.”

The largest meteorite fall of recent times, the Sikhote-Alin, had a strewn field over six kilometers long and resembled a bomb site, with hundreds of trees ripped apart and deep holes gouged into the Earth’s surface. Among the Sikhote-Alins being offered is a large and complete individual specimen (est. $20,000-$30,000), beautifully polished and with deep thumbprint-like impressions, weighing 10,600 grams.

This sale has something for virtually every cosmic enthusiast, including a wide array of Iron Slices from world localities such as Australia, Greenland, Russia, Namibia, Nigeria and the United States. Included are specimens exhibiting the sought after Widmanstätten patterning, with estimates for individual slices ranging from $200 to $15,000.

From the space rocks that fall to Earth to the debris resulting from these collisions, this sale also offers a lovely group of impact glass. These Tektites form when huge meteorite impacts shower molten rock back up into the atmosphere, where they cool and eventually fall back down to Earth as impact glass. From the affordable mellow-yellow Libyan Desert Glass to the always endearing soft green Moldavites, estimates range from $100 to $300.

The auction will start promptly at 12 o’clock noon Pacific time. Online bidding will be facilitated by LiveAuctioneers.com and Invaluable.com. Previews will be held at the gallery Thursday and Friday, November 7th and 8th, from 10-5 (Pacific), as well as the morning of the auction. Phone and absentee bids will also be accepted.

Opened summer 2018 in downtown Los Angeles, Andrew Jones Auctions is a full-service fine art and antiques auction house with an understanding of the market trends and foresight for the 21st century. The staff has a wealth of knowledge with international experience, having worked for many years at major international auction houses in America and Europe, sourcing property from across North America. The sales are diverse and eclectic, featuring items from the antiquity to the 21st century, from planet Earth to the Universe at large.