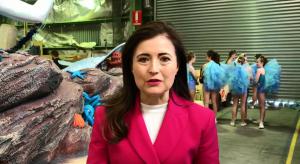 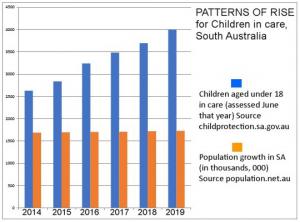 The Rise of Children in Care, South Australia 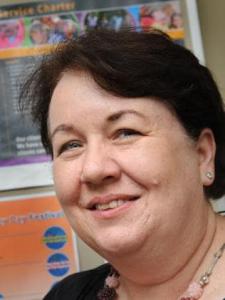 The Minister of Child Protection in South Australia is no longer in charge of the children in state care.

Removing a child from a protective mother on hearsay and against the wishes of the child is straight-out child abuse by the system, plain and simple.”
— Renae Casey-McMichael

ADELAIDE, SOUTH AUSTRALIA, AUSTRALIA, November 10, 2019 /EINPresswire.com/ — It appears that all State and Federal ministers of Australia, the Prime Minister, the State, and federal Attorney-Generals haven’t yet realized that an unelected official — the Chief Executive of the Department for Child Protection (DCP) — has been given the power over the future generation. For a year they have been directing people with child protection and guardianship complaints to the Minister for Child Protection. But all the powers of the minister were removed and transferred to the position of Chief Executive last October, 2018. It seems the Minister for Child Protection has been quietly sidelined.

The question: Has the Chief Executive in South Australia been given more power than the elected government itself? Not even the Prime Minister can intervene. It seems the DCP, a bureaucratic department, and its Chief has been given unfettered powers over the control of South Australia's children.

Ms Renae Casey-McMichael, founder and president of a new political party called “KIDS First Alliance“ has written an article on the child protection industry. She has seen first-hand how the system often acts in the “worst interests” of the child — when the law demands that authorities act in the "best interests" of children.

"People keep saying that we are dealing with broken systems in the family court and child protection departments. It is not broken. It is a flourishing and expanding business in child trafficking, operating as intended. The systems aren't broken, the people are. It's a business based on removing children from parents and putting them under guardianship."

As the DCP's Chief Executive in her 2019 financial Report wrote: "Child protection is an inherently challenging area in which to work but I believe we are starting to see the return on our investment in carefully considered reform and strategic planning.”

In Ms Casey-McMichael's article, she reveals that on 30 June 2014 there were 2,631 children in care in South Australia. Five years later (June 2019) it’s risen to 4,003, and the Chief Executive of the DCP is calling it, along with their other services, a “significant improvement.” The numbers are increasing dramatically, as per the graph (attached) where Ms Casey-McMichael compares the rate of population growth and the number of children being drawn into Care in South Australia.

The key reforms to the “Children and Young People (Safety) Act 2017” (South Australia) commenced on 22 October 2018, and included the change:

– Custody and guardianship is granted to the Chief Executive rather than the Minister.

SA’s Chief Executive (DCP) is Cathy Taylor. She was imported from Queensland by Jay Weatherill’s Labor government into the position of Chief Executive in September 2016. Ms Taylor was to help make changes suggested by Commissioner Margaret Nyland’s Royal Commission, this prompted by a Families SA employee, Shannon McCoole, who sexually abused children in state care. However, Ms Taylor's seems to be getting more children in state care.

Ms Casey-McMichael, in launching the vision of her new party, outlines some of the important policies:
​
1. Regulations need to reflect that removing a child unwarrantedly from a protective parent – especially if it is against the child’s wishes — is a form of CHILD ABUSE by authorities. Based on the latest scientific research, codes of practice and laws need to be reformed to reflect the degrees of malfeasance and criminality in unwarrantedly removing children (​in accordance with the UN Convention on the Rights of the Child, Article 9).

2. A special multi-disciplined investigative team to be set up to review complaints of inaction and wrongdoing by the police, the protection department/s, the Ombudsman, and the judiciary. Those persons that have a pattern of disregarding and suppressing abuse claims from children, or protecting offenders must be held accountable under the law.​

3. Section 121 (Family Law) was intended to protect the privacy of children, but is being used to protect perpetrators, poor decisions, and to conceal criminality. The courts must take into account that it is a crime to conceal a crime.

4. Police and DCP investigation methods with regard to child sexual abuse to be reviewed with re-training programs for investigators and Department staff. Psychiatrists, psychologists and report writers that have recommended removing children from protective parents (in abuse cases) on an ongoing or regular basis should be investigated and barred from the sector.

5. The entire Family and Youth Court system, the fees charged, and how it operates should be under investigation (some suggest a Royal Commission). Abuse and violence cases should be addressed in a criminal court, and the courts must base their rulings on evidence — not on hearsay.

​6. Child removal should only be considered as a VERY LAST RESORT, and Guardianship should decline, not increase.