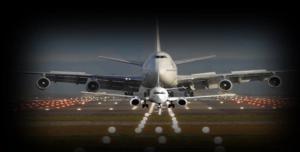 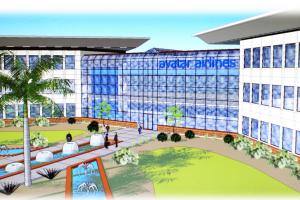 I believe someday I could fly passengers for free and make money doing it”
— Barry Michaels, Founder & CEO

BOCA RATON, FL, U.S., November 19, 2019 /EINPresswire.com/ — Avatar Airlines announced today it filed with the U.S. Department of Transportation (DOT) for a Certificate of Public Convenience and Necessity to begin ultra-low-fare scheduled passenger/cargo service to and from major cities within the continental U.S. and Hawaii. Additionally, the company has filed an FAA Pre-Application Statement of Intent for a Part 121 Operating Certificate.

Avatar’s vision for a new and better airline focuses on passenger affordability by offering everyday economy fares as low as $19 with no fare over $99 when purchased 30 days or more in advance.

“There has never been a true low-fare airline, only those offering lower fares for a preset number of seats, often changed by the hour. Avatar’s approach is different. Its fares are expected to be at least 50% less than other carriers and include FREE bags, FREE seat selection and FREE Wi-Fi. Everything about Avatar represents a radical departure from how traditional airlines operate today,” said Michaels.

Avatar will begin service with four Boeing 747-400s purchased with cash and add 10 additional aircraft by the end of its first full year of operation. The 747 with its enormous size and ability to carry a full load of passengers along with 60,000 lbs of cargo are just two of its profit centers. When combined with other profit centers will provide Avatar with the lowest cost per available seat mile in the industry.

Michaels added that Avatar is about to release its Private Equity Offering under SEC Reg D, Rule 506c to high-net worth accredited investors adding an attractive incentive for those who invest early. These funds will be used to purchase 14 Boeing 747-400s, build its 66,000’ corporate headquarters/training center and cover other startup costs. Avatar’s long-range plans include building its own airport terminals with multiple jetways and the release of an IPO within 3-5 years to fund the purchase of 30 new Boeing 747-8s at an approximate cost of $350-$400mm each. The 747-8 aircraft will provide Avatar with greater passenger capacity while operating at significantly lower costs. Interested investors are encouraged to view Avatar Airlines five minute Investor Summary.

The DOT & FAA process will determine when Avatar Airlines will begin service. Actual dates will be announced later as the approval process moves forward.