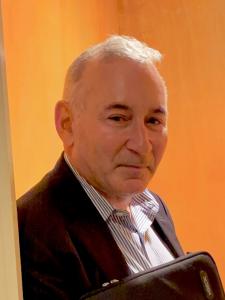 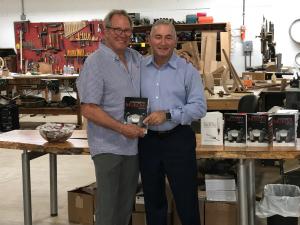 "When 45% of Americans struggle paying an emergency $500 medical bill, & 30 million Americans do not have health insurance, we are in a dangerous predicament."

LOS ANGELES, CA, UNITED STATES, December 4, 2019 /EINPresswire.com/ — Michael J. Young, M.D remarks that the U.S needs reform in the health-care system as it is believed to be in a state of crisis. More than 70% in a Gallup poll of Americans say the U.S. health-care system is “in a state of crisis” or that it has “major problems.” It is why we’re hearing a lot about “Medicare for All” pitches from some Democratic presidential candidates. Sens. Bernie Sanders and Elizabeth Warren, for example, want to do away with private health insurance altogether.

“When nearly 45% of Americans would have difficulty paying an emergency $500 medical bill and 30 million Americans do not have health insurance at all, we are clearly in a non-sustainable predicament,” says Young.

Finding solutions to this problem is a big challenge, however one country found a way to provide universal health-care coverage through a collective of non-profit “sickness funds” and a small private insurance market. In 2017, health-care spending in the United States came to $10,207 per capita. Germany, on the other hand, spent $5,848 on health care for each of its citizens. Despite spending less per capita, Germany still manages to cover 100% of its population. In the United States, about 8.8% of the population remains uninsured, which equates to about 28 million people. Even more people are under-insured.

Young believes that we need to follow countries like this by example and is realistic saying we need changes even if we can’t change the entire system. “We do need a major change in our health care delivery. Consistent with other countries, I believe we need a two-tiered health care system: a public sector providing universal health-care coverage, as well as a private option for those who are fortunate enough to afford one,” continues Young. “All will be covered and no one would need to give up that which they already have and may wish to keep. Similarly, the politicization of the terminology used to describe health-care options and plans must stop-we must focus on what we need and not how we label it.”

Michael Young spent nearly 30 years as a surgeon while living and practicing medicine in Chicago. Young is currently on the faculty of the Department of Urology at the University of Illinois at Chicago. Within the department, Young is the Director of the Division of Urology Innovation and Technology. He works with bio-engineering and medical students, Urology residents and fellows, as they do their research in developing medical devices and surgical instruments. Young’s involvement in the medical field as a seasoned surgeon and educator led to his first book, "The Illness of Medicine."

"The Illness of Medicine" examines and reviews how one experiences medical treatment from both sides of the table. The significant obstacles patients endure, as well as the exasperation many of the truly dedicated medical professionals feel, has been assessed. The novel reveals how profit-driven corporations dictate how patient care is now governed while patients have essentially no control and doctors have lost the ability to direct their own profession.

Young is a man of many talents and in addition to his writing he is also a talented photographer, including underwater photography. His photographs are seen his website, which is attached below. The doctor is highly active in his personal life by being a collector of modern art, a purposeful traveler, and an avid golfer.