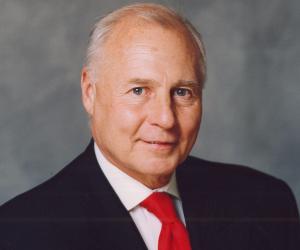 “Through an exemplary career or admiration within the community, we pay tribute to individuals who deserve acknowledgement for their dedication & sacrifice."

“Whether through an exemplary career, educational attainment, or admiration within the community, we recognize and pay tribute to hard working individuals who deserve acknowledgement for their dedication and sacrifice,” says Roundtable Magazine.

Roundtable Magazine is an industry specific, monthly magazine, recognizing men & women of distinction in every industry and profession. Each high-gloss, full color publication features 100 professionals from around the world. With 112 countries and all 50 states represented, our featured members gain exposure to a readership base of industry professionals.

“No other publication rivals the professional and reliable manner in which we conduct business. Our account executives have only one primary focus; to ensure a satisfactory experience,” states Roundtable Magazine.

Roundtable Magazine is printed monthly and features one hundred of the most accomplished individuals from every industry and profession around the world. Some industries include but are not limited to government & military officials attorneys, school administrators, celebrities & athletes, and authors & publishers. Roundtable Magazine mission has a dedicated mission. They state that, “Making a positive impact and/or difference in your business, industry or community is the ONLY criteria required for inclusion.”

In 2003, he received the most prestigious honor of being inducted into the Trial Lawyer Hall of Fame by the California State Bar. Mr. Girardi is a Member of the Board of Directors and former President of the prestigious International Academy of Trial Lawyers, an invitation-only worldwide organization, limited to 500 trial lawyers. Mr. Girardi is also the first trial lawyer to be appointed to the California Judicial Council, the policymaking body of the state courts.

Albeit, one of the most influential lawyers of our time, Girardi amorously sites Perry Mason as one of his earliest childhood law inspirations. “He was a lawyer on television, 7pm on Saturday night and I would watch that show every Saturday,” states Girardi.

In one of Girardi’s better-known cases against Pacific Gas & Electric, the utility company agreed to pay $333 million to 650 residents of the desert community of Hinkley, California. The residents blamed incidents of cancer and other diseases on contaminated water leaked from a gas pumping station. This case was the inspiration for the film Erin Brockovich starring Julia Roberts.