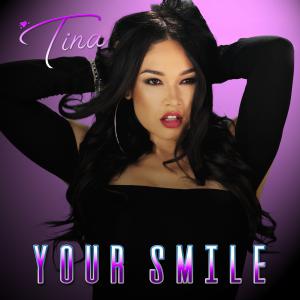 USA, January 15, 2020 /EINPresswire.com/ — Grammy award winning songwriter Bruce Fisher who pinned the worldwide hit “You Are So Beautiful” and Rufftown Records CEO Ron Hills are excited to introduce a new sizzling Sultry Pop Sensation, TINA. TINA has a new, fresh,and very appealing singing style that has seldom been heard before.

TINA’S sound will surely resonate with your musical appetite and keep you wanting more.

TINA was discovered by world renowned songwriter/producer Bruce Fisher, who was immediately mesmerized by TINA’S style, talent and demeanor. He knew TINA’s sexy style and sound were so fresh that she could define a new era in both English and Spanish popular music.

TINA’S Debut project is hot in the works with sultry music videos in both English and Spanish. The bomb will drop in early 2020.

TINA'S first single, “YOUR SMILE”, (“TU SONRISA”) will be a worldwide release in both English and Spanish. TINA will define a new style of Sultry Pop this world has been waiting for.

GET READY FOR THE TINA EXPERIENCE! PRESENTED BY RUFFTOWN RECORDS, DISTRIBUTED WORLDWIDE THROUGH SONY/ORCHARD DISTRIBUTION.