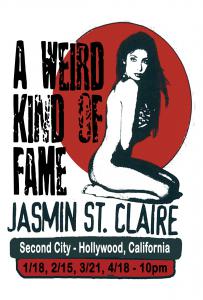 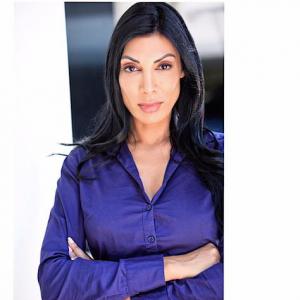 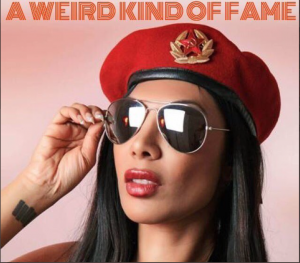 LOS ANGELES, CA, UNITED STATES, January 17, 2020 /EINPresswire.com/ — She shocked the world as a record-breaking adult entertainer, thrilled as an ECW manager/wrestler, charmed as a mainstream movie and television actress and entertained as a music and motorcycle journalist, Jasmin St. Claire, known to countless for all these career choices and Howard Stern Show appearances, is premiering her long-awaited one-woman show, A Weird Kind of Fame, at Second City LA this Saturday night at 10pm.

Jasmin, who was Howard Stern’s highest rated guest in the 90s, will be appearing on popular SiriusXM show, The All Out Show with Rude Jude on Eminem’s Shade 45 channel, today, January 17th at 4:30pm ET/1:30pm PT, where she will tease and tittilate Jude Angelini’s listeners about what they can expect from her live, stage show debut this weekend.

“It’s a journey about how an Ivy League graducate became a catalyst in American Shock Entertainment, and I feel in this day and age of politically correctness and cancel culture, it’s a perfect time to go back in time and explore this.”

Among her most recent accomplishments, Jasmin St. Claire appeared on the last season of the HBO acclaimed series, The Deuce.

About A Weird Kind of Fame:

Find out how an Ivy league graduate becomes America's most controversial sex symbol and ends up having a weird kind of fame which lands her into ECW Wrestling and later on as a VJ on MTV Brazil & in Europe. She comes back to the states to reclaim her Jasmin persona after trying to escape it for the past 2 decades.

At the height of her porn stardom, St. Claire was the subject of critical essays by David Foster Wallace and Evan Wright. She also served as inspiration for Chuck Palahniuk's novel Snuff, in which she appears as a character. For all the controversy she engendered, St. Claire only spent three years in the adult business and made just over two dozen films. In 1999, she retired. She never made an adult film again, though compilations of old footage re-released under new titles continued to be sold through the 2000s. St. Claire pushed herself to new extremes by becoming a pro-wrestler. In 1998 the Dudley Boyz invited her to appear in the ECW's Living Dangerously pay-per-view event. St. Claire subsequently trained under original G.L.O.W wrestler Sue Sexton and Mando Guerrero, then worked with wrestling legend Jimmy Lawler in the Memphis Championship and in the XWF and NWA- TNA. St. Claire often played the role of "manager," who would enter the ring and fight alongside wrestlers. In real life, St. Claire created the upstart federation 3PW becoming the first female owner ever to operate and promote a wrestling league, five years before Stephanie McMahon took the reigns of the WWE. St. Claire closed the doors to 3PW in 2005. St. Claire became a heavy-metal journalist and on-air personality with the launch of the Metals Darkside. series in 2004, which she also produced. Her interest in heavy metal stretches back to the first Black Sabbath show she attended at Madison Square Garden when she was nine. In 1998 she became the first female to emcee March Metal Meltdown in New Jersey, helping to introduce Sepultura to a North American audience. Through the mid-2000s St. Claire served as a veejay for The Metal Scene TV Show, AOL Noisecreep, Inferno TV and Stay Heavy TV, while writing articles as a contributor to Yahoo News and Guitar Player. She also served as a spokes model for B.C. Rich Guitars, Coffin Case, Krank Amplifiers and licensed her likeness to Guitar Hero for a controller made by Peavey.

St. Claire returned to acting 2013 in a series of dramatic roles, portraying an FBI agent in Army of the Damned and hardened street criminal in Grand Auto Theft. Most recently she appeared on popular HBO series, The Deuce.