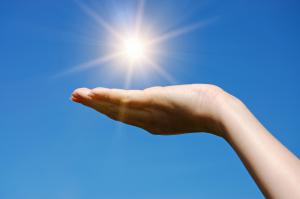 Solar energy puts the power in your hands.

DALLAS, TX, UNITED STATES, February 26, 2020 /EINPresswire.com/ — Hundreds of thousands of Americans will be taking a “leap” this year – a leap into generating their own clean, renewable energy via a home solar system. While savings on electricity costs are the most immediate benefit homeowners seek, there are many other tangible, if lesser known, benefits to solar energy. Sunfinity Renewable Energy, a designer and installer of solar for homes and businesses, has developed a blog (https://sunfinity.com/blog/post10) with 14 reasons to love solar that everyone can embrace. For instance:

1. Clean Air – solar energy produces none of the carbon dioxide, deadly fine particulate matter or toxic mercury that come from burning fossil fuels. One percent of the total greenhouse gas emissions in the U.S. come from methane released in mining coal and from abandoned mines.

2. Clean Water – Solar uses very little water. Forty-five percent of the fresh water drawn from lakes, rivers and underground aquifers in the U.S. is used to cool thermoelectric nuclear and fossil fuel plants. Even more water is used in “fracking” for oil and gas wells and in mining coal. With freshwater availability becoming an increasing concern in many parts of the country, this solar side-benefit can be a critical difference maker.

4. Disaster Proofing – after the immediate devastation of Hurricane Maria in Puerto Rico, hospitals and health clinics were faced with trying to provide care without power, often for an extended period. In the rebuilding efforts, many hospitals are installing solar arrays plus battery storage to make sure that doesn’t happen again. Similarly, interest in solar plus battery storage has surged dramatically in California after utilities shut off power as a preventative measure during raging wildfires.

5. No Spills – someone once joked that a massive solar energy spill is called a nice day. Unfortunately, spills from pipelines, oil tankers, deep-sea oil rigs or trucks and trains transporting other forms of fuel aren’t nearly as pleasant.

ABOUT SUNFINITY RENEWABLE ENERGY
Sunfinity Renewable Energy (www.sunfinityre.com) is a provider of clean solar energy. The company offers customers a clean energy alternative to traditional energy by providing solar power directly to homeowners, businesses and other organizations for less than they spend on their current utility bills. Sunfinity gives customers control of their energy costs to protect them from the rising rates of electricity and makes switching to solar energy easy by offering turnkey solar system services to customers, from design, permitting and installation to monitoring and maintenance. For more information about solar energy, visit sunfinity.com.