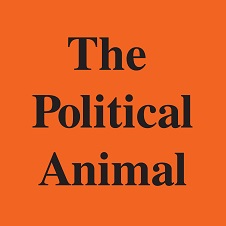 We are in disaster mode as a nation – sheltering in place, deploying FEMA and the National Guard, filling hospital beds with those showing the worst symptoms, and delivering food and other services to those in need. There are more than 50,000 Americans infected with the coronavirus, and 700 dead. Those numbers are sure to swell.

As disasters go, it's not one with toppled trees, flooded homes, or forests aflame. It is a microbiological disaster, giving life to the apocalyptic movies and television shows featuring a deadly or transformational contagion.

We’re figuring out every day what it means for people. But what's it all mean for animals?

Here are some of the big take-aways for animals, with updates sure to follow.

Live animal markets: Since a “wet market” is where the virus jumped to the human species, it’s logical there’d be demands to shutter them. China and Vietnam have finally pledged to do just that. This is the best news of this crisis, since this is no small industry, with an estimated 20,000 markets in China alone. If these policies hold and are enforced, it will be a major gain for animals. In light of the public health crisis, the U.S. should follow suit with its own wet markets.

Animals in spectator sports: Because virus transmission requires sociability, enterprises dependent on assembling a paying crowd are dwindling. And fast. Most of the seasons in the professional and college sports ecosystem have been cancelled, and so too for animal sports. Bullfights have been canceled in Spain, though we’re not sure about major cockfighting venues in the Philippines, Vietnam, and other places where it’s legal. In the U.S., Tennessee Walking Horse shows, where "soring" is still rampant, are shut down at least through May. And while American horse racing tracks have dispensed with live spectators, some are still running horses before empty bleachers, simulcasting the races for off-track and home betting. The California Horse Racing Board is still allowing horse racing at Santa Anita, despite that track’s notoriety due to nearly 50 horse deaths during the past year. West Virginia’s greyhound tracks got a reprieve from the state legislature, and it appears they are still running for the simulcasting crowd as well.

Circuses and marine parks: We’re seeing the cancellation of traveling circuses, regional fairs, and other events with animals. SeaWorld’s stock, which had been floating around $30 some months ago, is underwater in the deep end of the pool at $13. Any theme parks (with animals or not) is a destination experience, and they are facing double jeopardy now since patrons have to hop on a plane and wade into a very public space. Like cruise ships and rock concerts, these are not the places you want to be during a contagion.

Animal testing: With the race on for a vaccine to protect against COVID-19, we’ll see pharma companies expand their use of animals for testing, even as they rely at the same time on human clinical trials. Animal testing is an auto-reflex requirement by pharma companies. The Food and Drug Administration requires that too, even though it extends the length of the protocol, is enormously expensive and often not predictive of the human circumstance. With heightened concerns about zoonotic diseases–crises of our own hatching–we’ll probably see more drug development for people and animals. Until the FDA lifts its animal testing requirements, that means more suffering.

Mass wildlife killing: Because this is not the commercial trapping season, there’s no real effect on that grisly enterprise, although fur-buying conventions, including a major gathering in Ontario, have been canceled. Canada’s seal hunt has just started, but it’s been in steady decline in recent years, with last year’s kill of 30,000 harp and hooded seals the lowest take in decades (that's less than 10 percent of the quota of 400,000). There’s just no market for the skins, and ice floes have been receding, changing the conditions and methods of the hunt. There’s no word yet on Australia’s ongoing kangaroo massacre, which should have seen a pullback with the fires that consumed the continent just a couple of months ago. Last year, commercial shooters killed nearly 2 million kangaroos, and there is still plenty of unwitting demand still for soccer shoes from Nike, adidas, and other athletic shoe companies made with the euphemistic-sounding “k-leather.”

Meat industry: Demand for meat has been bursting, with supermarkets having difficulty keeping meat cases stocked. At the same time, Beyond Meat was still on the shelves, showing that the appetite for animal flesh is itself a reflex during a time of crisis. With restaurants closed, it’s not clear if this is just a transfer of demand from one sales venue to the next. But one meat industry analyst noted a 77 percent spike in sales compared to the same period last year. The L.A. Times reports a spike in sales at butcher shops as well.

Roadkill: A flurry of news stories indicates the decrease in driving and flying has reduced some greenhouse gas emissions and made the air clearer and easier to breathe. Another benefit to less driving is less roadkill. The estimate of a billion animals a year killed by cars is conservative, and collisions with animals are one of the largest causes of highway accidents and human fatalities.

Pets: Many private and public shelters around the nation have been temporarily closed, including public shelters in California, our biggest state. Many veterinary hospitals have also shut down or cut back on hours because business has declined. This means the established infrastructure to provide sheltering, promote adoption, and perform sterilization and other medical procedures will be dramatically downgraded. There is concern that a wave of companion animal relinquishment might result from a surge in unemployed workers, but that drama is still unfolding and we know it won't be good for animals. Animal Wellness Foundation has plans for free veterinary care and pet food for some of those in need. One bit of good news: the movement of puppies from Midwest mills to the nation’s pet stores has undoubtedly slowed.

The lives of people and animals have always been bound together. That's evident every day, but if we take the time to look, it's especially acute during times of disaster and crisis. How we treat them is a test of our character and our wisdom, in the best of times and the worst.