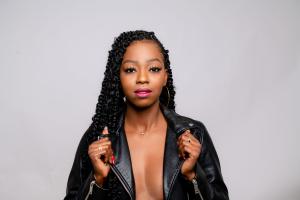 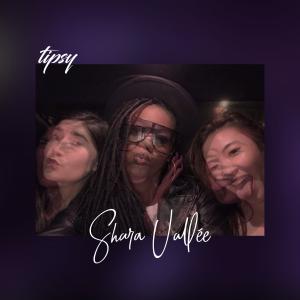 Think of "Tipsy" as the anthem for an all-new holiday: Independence Night. It's a soulful pop celebration of letting loose out on the town with your BFFs

The West Indies has always been a hotbed of an unbelievable medley of genres like Dancehall, Soca, Zouk, and R&B, and it seems like the region's time to take over the world has always been just around the corner. But the tiny island of Anguilla has been keeping a larger-than-life talent a secret, a singer and performer set to blow up here in the States. Shara Vallée's already notched a few regional hits into her belt, so to leap over to bigger crowds and louder accolades, she experimented with two of her other favorite genres, island pop and dance pop. Her powerful, smooth-as-silk vocals shine bright with both supreme confidence and down-to-Earth sincerity. Her style and assurance, honed by years of killer performances at clubs and larger arenas on Anguilla, would be right at home on tour with artists as diverse as David Guetta, Calvin Harris, Akon, even Ellie Golding. Once on that stage, the crowd favorite is undoubtedly going to be "Tipsy."

Think of "Tipsy" as the anthem for an all-new holiday: Independence Night. It's a soulful pop celebration of letting loose out on the town with your BFFs. It rides a high-energy dance-pop beat that just feels like one big party, led by Shara's buoyant melodies. Of the track, Shara exclaims, "I love upbeat music, nobody wants to feel sad. So if my songs can help you get through your day or light your party on fire, I'm more than happy." She's captured that kind of joyous energy perfectly within this 4-minute dazzler. With "Tipsy," she stays true to her roots, as well as her need to explore new musical territory, and it's a thrill.

Shara's man is messing up. He ditches their dinner plans for a guys-only evening. If he thinks he's the one about to paint the town red, he's got another thing coming. Shara rallies her squad for an unforgettable night of sisterhood, dancing like no one's watching, and, yup, getting their buzz on. The threesome cut loose in NYC, hopping not just bars but entire boroughs. This epic evening takes place in Manhattan, with whirlwind nighttime shots of Grand Army Plaza's arch and, of course, Times Square. Bathed in the dreamy neon glow of the Crossroads of The World, Shara's electric presence is on full display. These ladies go all night, making the streets, the clubs, and the subway their playground, while homeboy calls it quits around two. Amateur! Shara and co. watch the sun come up, and of course, plan to do it all over again.