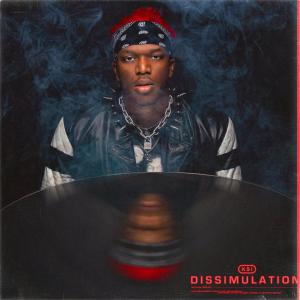 LOS ANGELES, CA, US, May 22, 2020 /EINPresswire.com/ — Today, KSI has released his debut album (Dissimulation) along with new music video “Cap” featuring Offset. KSI said about the album, “I hope this album empowers people and allows them to believe in themselves and conquer any obstacle in their way, no matter the circumstances. I hope this will silence a lot of skeptics. I’ve been doing music for over 10 years and constantly show growth. Hopefully they see that too.” In regard to the album name, KSI felt Dissimulation was the perfect name for the album – “concealment of one’s thoughts or feelings,” he notes, “I conceal a lot when it comes to personal things in my life. I also wanted to try and portray the difference between KSI and JJ in my music.”

His four previous singles, “Down Like That”, “Wake Up Call”, “Poppin” and “Houdini”, all of which are on this album have already surpassed 400 million collective streams globally.

“Cap" marks the fourth video release from the British-born entertainer, who quickly evolved from YouTube sensation (with over 30 million subscribers), to a bonafide, respected artist. In fact, his 2019 debut single, “Down Like That” featuring Rick Ross and Lil Baby, hit #1 on the iTunes chart and peaked at #10 on the UK singles chart, “Wake Up Call” hit #11 and his latest single “Houdini” hit #6 on the UK single charts, a rare and impressive feat for an emerging artist.

If circumstances permit, KSI is scheduled to perform at high-caliber music festivals around the world, including Reading and Leeds, Parklife, Longitude, Glastonbury, and Weekender Jersey.

Olajide William ‘JJ’ Olatunji, known publicly as KSI, is one of YouTube’s biggest stars, a chart-topping music artist, an actor, and a professional boxer with a combined social media reach of over 50 MILLION. KSI’s YouTube channels have amassed over 30 Million subscribers and over 6 BILLION views on YouTube alone. He also possesses the third most-followed music channel in the UK behind Ed Sheeran and One Direction. Variety named KSI as the top inﬂuencer amongst US Teens, outranking household names like Taylor Swift, Johnny Depp, and crushing traditional TV/ﬁlm and music stars. KSI has been featured in Forbes, Billboard, Esquire, The Hollywood Reporter, E! News, ESPN, Mirror, The Sun, and many more. KSI competed in his ﬁrst white-collar boxing match in February 2018 against fellow YouTube inﬂuencer Joe Weller. KSI won the bout and was awarded the YouTube Boxing Championship Belt. On YouTube, the ﬁght drew over 1.6 million live viewers, 21 million views within a day, and over 25 million over the next several days, making it the biggest white-collar boxing ﬁght in history.