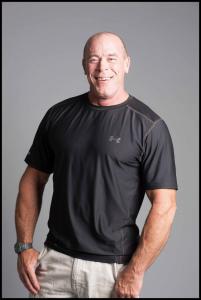 “Small businesses like mine that were denied an EIDL loan and are having difficulty receiving a PPP loan are forced to open whether given 'permission' or not”.

LOS ANGELES, CA, US, May 29, 2020 /EINPresswire.com/ — While the world is gradually starting to open its doors to customers one step at a time, its hard to ignore the economic punch this pandemic has taken on small businesses such as fitness studios and other players in the fitness field. In an article published by Bloomberg News, investment bank Harrison Co. has claimed that fitness clubs hit by Covid-19 closures are facing a swell of bankruptcies with more than $10 billion in sales wiped out as clients abandon memberships. Winner of the Best of Los Angeles Award- “Best Gym in Los Angeles – 2020”, Tom Nelson, is no stranger to these tough times and reflects on how his popular West Hollywood gym, Muscle Mechanics, has taken a toll from this pandemic.

Gyms already filled with debt face long-term income declines amid social-distancing initiatives to counter the spread of coronavirus in the U.S. In response, Tom states, “As the owner of Muscle Mechanics I can honestly say that my company has lost $100,000 in revenue and gone $80,000 in debt since closing on March 16.” Unfortunately, a number of other fitness owners are also being forced to deal with these staggering numbers that continue to increase as the days go by. People also aren't exactly feeling eager to run to their gym amidst some openings, according to the report. To avoid being in close proximity to other individuals, folks are likely to continue shunning closely packed fitness centers.

Federal and state assistance is also a consideration that Tom does not believe is supporting small businesses to the best of its capacity. Tom says, “Small businesses like mine that were denied an EIDL loan and are having difficulty receiving a PPP loan are forced to open whether given 'permission' or not”. He continues by saying, “This, in effect, makes law-abiding, tax-paying citizens outlaws for opening their businesses to provide for their families”.

A Harrison survey of 1,000 fitness club users, reports that more than a third of gym members have canceled or plan to terminate existing memberships. Some ideas the leaders of the fitness industry are considering to keep clients safe are using painters tape to mark spaced out areas to practice social distancing, masks for members and employees, extensive disinfecting, and no community chalk buckets. Members of the fitness industry stress that, while they really need to reopen soon to save their businesses, they will work with the state of California and local officials to do it safely.

Tom Nelson is West Hollywood’s Top Trainer and owner of Muscle Mechanics, which is a gym that is completely private, fully stocked with commercial quality exercise equipment.

Tom has been a fitness enthusiast his entire life but decided to make it his career 15 years ago. In that time, Tom scored the highest in the history of the ISSA certification board, built the largest Private Training Facility in Los Angeles, and have been named West Hollywood’s Top Trainer by his peers in the fitness industry. He has also had an outstanding record as a bodybuilding and figure trainer that is unequalled in the industry – 5 first place wins for men in bodybuilding and 16 first place wins for women in figure contests.

As opposed to simply being a Fitness Trainer, Tom considers himself to be a Fitness Teacher. In all his years as a Fitness Teacher and Nutrition Specialist, Tom has learned that the more someone understands about what they are trying to accomplish, the more successful they will be at it. So, instead of simply telling you what to do in each session, Tom teaches you how to exercise properly, which means you learn the most effective, efficient and safest ways to exercise.

In addition, he will teach you “everything” you need to know about nutrition and how to apply that knowledge to your life. Tom is one of the most sought-after Nutrition Specialists in the Los Angeles area, and has developed a system (patent pending) that simplifies nutrition so anyone can understand it. You will know exactly what to eat, and when, in order to accomplish any goal you set for yourself. You will also understand how to effectively “cheat” on your nutrition plan with absolutely no guilt.

Tom is one of the most sought-after Nutrition Specialists and Trainers in the Los Angeles area. His goal is to reach as many people as he can to spread his message of fitness and nutrition. “While my achievements are very public and well documented, it is my lesser-known accomplishments that are the most rewarding: helping many people lose over 100 pounds; providing nutritional guidance that can reverse illness and disease; improving quality of life for seniors; sponsoring Olympic and Paralympic Athletes; and, of course, the volunteer work that I do,” states Tom Nelson. “These are the things that make my job and life interesting, challenging, fun and rewarding!”