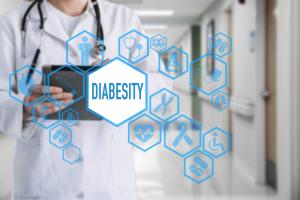 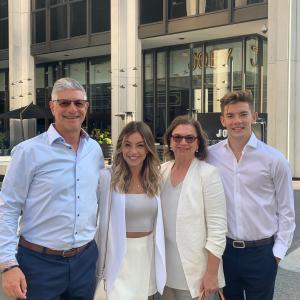 With COVID-19 threatening an already vulnerable population, Katz has rolled up his sleeves in the test kitchen and is excited to drive change in the way we eat.

Diabesity is preventable. This is one pandemic that is within our control!”
— Saul Katz

KELOWNA, BC, CANADA, June 6, 2020 /EINPresswire.com/ — COVID-19 has created new impetus for the battle against Diabesity. The need to resolve the interlinked epidemics of diabetes and obesity, which the WHO calls the 21st Century Plague, is more dire than ever. COVID-19 is opportunistically exploiting an underlying susceptibility of those living with these chronic health conditions. According to the CDC, and as reported in a study published in the Journal of the American Medical Association (April 22, 2020), comorbidity resulting from hypertension (56.6%), obesity (41.7%) and diabetes (33.8%) increase the risk of infection and serious outcomes from COVID-19 including invasive medical ventilation, kidney replacement and death.

The post COVID-19 world will result in shifting priorities and new adaptations. COVID-19 has increased the stakes at all levels, requiring a consolidated effort by individuals, health professionals and politicians to tackle Diabesity at its source. While we currently lack the tools to combat COVID-19, we do have the knowledge and opportunity to win the battle against diabetes and obesity.

Diabesity is accelerating worldwide in tandem with the adoption of the modern fast food diet and lifestyle. The WHO estimates that the number of adults living with diabetes worldwide has quadrupled since 1980, moving from 108 million in 1980 to 422 million in 2014. In North America 1 in 3 children are projected to develop diabetes during their lifetime, 70 percent of the population is overweight or obese, 9 out of 10 who are living with diabetes are also obese, and 95% of those diagnosed with diabetes are type 2, they are not born with it.

The Lancet 2015 obesity series identifies the international food system as the principal driver of the global obesity epidemic. Modernization and rising incomes have made way for the globalization of unhealthy foods and beverages and the switch from active to sedentary lifestyles. The prevalence of obesity as a precursor to diabetes, is highest among lower-income groups, who often live in urban areas littered with fast-food outlets serving up calorie-dense, nutrient-void foods. Driven by economics rather than health, grab-and-go products have become the new global food staple.

Diabesity is accelerating with the increase of convenience foods developed for an on-the-go society. To sweeten and bind these foods, grains are milled into fine powders and syrups. These highly refined (high-glycemic index) fast-releasing carbs are effectively “predigested” through the milling process, leaving very little work for the body to convert them to glucose, perpetuating a cycle known as the “spike, crash and crave”. In contrast, the carbs our ancestors ate such as roots and bark, were high in fibre and low in starch making them slow-digesting and slow releasing (low glycemic index).

Saul Katz, Founder of SoLo GI Nutrition, is promoting a consumer shift to consider the blood sugar impact, equal to nutritional content, when selecting a food or beverage. “High glycemic foods cause us to use more insulin, to store more fat, for starvation periods that never come. Science has shown us that blood sugar management is key to managing weight, sustaining energy and preventing disease.” Katz continued, “We established SoLo GI to slow and reduce the interlinked epidemics of diabetes and obesity through education and the development of low glycemic alternatives to the blood-sugar-spiking products driving Diabesity”.

With COVID-19 threatening an already vulnerable population, Katz has rolled up his sleeves in the test kitchen and is excited to announce his commitment to expand the range of SoLo Low Glycemic Index products including beverages, breakfast foods and pastas.

Diabesity is preventable. This is one pandemic that is within our control!