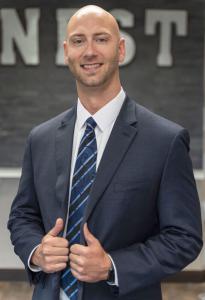 In a recent interview, Steven “Bo” Belmont spoke about his career in the mortgage and real estate industry

FOLSOM, CALIFORNIA, UNITED STATES, July 2, 2020 /EINPresswire.com/ — Steven Belmont was recently featured in a one-on-one interview with Hustler’s Digest. He spoke about his illustrious career in the mortgage and real estate industry.

With more than a decade of experience in as a mortgage and real estate expert, Steven “Bo” Belmont is the founder and owner of Belwood Investments as well as the co-founder of Red Door Theory.

In his interview, Steven Belmont discussed how he transitioned his career into real estate by flipping houses at the onset of the mortgage crash in 2008. While he started with three houses at the beginning, he has now participated in the transaction of selling more than 1,200 homes.

He also shared his business model, which he calls the B52 model that entails “hyper leveraging.”

“The 52 stands for earning 50% of a profit for only 20% of an investment. When we have a project, an investor only comes in with the cost of the project of 20%,” says Steven Belmont.

Steven Belmont also shared how he started Red Door Theory, which prepares people to become investors by teaching them to locate appropriate properties for Belwood Investments to invest in.

Steven “Bo” Belmont is a serial entrepreneur and a mortgage and real estate expert. He holds an Associate’s degree in Arts and Science from Sierra College, an Associate’s degree in Psychology and Sociology from Coastline Community College, and a BBA in Business Administration from Adams State College. Steven Belmont began his career as an account executive at Ameriquest Mortgage and moved on to work as branch manager at People’s Choice Mortgage. He later became a partner at US Home Loans. In 2008, he flipped his first home, sparking his passion in real estate. Since that time, Bo Belmont has been a part of more than 1,200 real estate transactions. He is the co-founder of Red Door Theory, a teaching and mentoring program focused around investing, and is the founder and owner of Belwood Investments, which has become one of California’s fastest growing fix and flip companies.