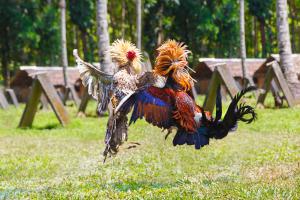 Cockfighting that runs rampant in Tennessee 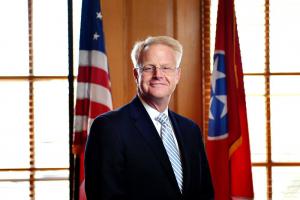 Tennessee is one of only eight states without felony-level penalties for cockfighting, despite my efforts to deter the crime by imposing stiff penalties.”
— State Senator Jon Lundberg, R-Bristo

BRISTOL, TENNESSEE, USA, July 2, 2020 /EINPresswire.com/ — Animal Wellness Action (AWA), the Animal Wellness Foundation (AWF), and Tennessee State Senator Jon Lundberg, R-Bristol, today asked U.S. Attorneys J. Douglas Overbey and Donald Q. Cochran, respectively covering the Eastern and Middle Districts of Tennessee, to investigate allegations that nine Tennesseans appear to be deeply involved in illegal trafficking of fighting animals, with most of them sending birds from Tennessee to far-flung destinations across the world, including transporting fighting birds in violation of federal law to the U.S. Territory of Guam and to Mexico and the Philippines.

The three Tennessee-based operators who signed shipping records, obtained by AWA and AWF, to Guam are Lee Best of Athens, Ronnie Patterson of Manchester, and Tom Wilson, also of Athens. Shipments to Guam are just indicators of a far brisker trade in fighting birds to other jurisdictions, including Mexico, the Philippines, and other global cockfighting hotspots. Mr. Patterson even hosted two Guamanian cockfighters on his farm, according to images obtained by AWA and AWF.

The shippers who sold to Guam typically use the U.S. Postal Service to transport the birds, packing the live animals into boxes and sending them 8,000 miles from Tennessee to Guam in the cargo holds with multiple stops and without food or water.

Through public records requests to the Guam Department of Agriculture, AWF and AWA obtained nearly 2,500 pages of avian shipping records dated November 2016 to September 2019. These records detail approximately 750 shipments of birds by 71 individuals from more than a dozen states to Guam. Tennessee cockfighters shipped the sixth largest number of birds, with Oklahoma having the distinction of being the top shipper despite a voter-approved ballot initiative there in 2002 that makes possession of fighting animals a felony.

As a supplement to the Guam records request, AWA and AWF obtained information on six other suspected traffickers of fighting birds based in Tennessee. That includes Mr. Lonie Harper, of Springfield, who appears in a video broadcast by the Philippines-based network BNTV admitting he ships fighting birds to foreign destinations, including Mexico and the Philippines. (here). “I enjoy the Philippines,” said Mr. Harper, speaking about bringing his birds for major derbies there. Xavier Rodriguez Barrios, of Murfreesboro, also appears in a BNTV interview admitting his involvement in animal fighting and the illegal sale of birds to foreign nations. “I’ll say over 25 years I won over 250 derbies,” he stated on the network. (here)

One Tennessean, Larry Whitehead, appeared on the cover of “Cockfights” magazine, one of the premier cockfighting industry publications that reports on outcomes of fights from the biggest cockfighting derbies in the world, while Paul Harris, Jr. of Hartsville touts his shipments to Mexico and the Philippines. Danny Mullins showed pictures of a box marked “live chickens” in a U.S. Postal Service box, even though Section 26 of the Animal Welfare Act forbids the use of U.S. mails for transporting animals for fighting.

Tennessee is only one of eight states without felony-level penalties for cockfighting, despite a long history of illegal animal fighting. The FBI shut down two major cockfighting complexes in Cocke County in 2005, asserting that local law enforcement there had been corrupted and cockfighting was tied together with prostitution, narcotics, chop shops, and gambling by children. Some years later, there was a series of other cockfighting pits raided but the fighting and the possession of animals for fighting thrives, and prior law enforcement actions have not been sufficient to deter the crimes.

Possessing and shipping birds for cockfighting have been banned under federal law since 2002 and has been a felony since 2007, when President George W. Bush signed the enhanced penalty provisions into law and also criminalized the sale of cockfighting implements.

“These cockfighters are openly raising birds where their neighbors and passing drivers can see their complexes, they are appearing on cockfighting magazine covers and in cockfighting videos, they are touting their fighting records on social media, and they are fraudulently signing shipping records that say they are chicken breeders only,” said Wayne Pacelle, president of Animal Wellness Action. “Law enforcement should put a stop to their lawbreaking and animal cruelty without delay.”

“Tennessee is one of only eight states without felony-level penalties for cockfighting, despite my efforts to deter the crime by imposing stiff penalties,” said State Senator Jon Lundberg, R-Bristol. “Staged animal fighting is animal cruelty, and it’s bound up with other crimes and with threats to our agriculture industry. I urge my colleagues to upgrade our anti-cockfighting law and for state and federal law enforcement to take action against perpetrators flouting our laws.”

Senator Lundberg, when he was in the State House, helped lead, with former Senator Bill Ketron, R-Murfreesboro, an upgrade of the Tennessee law, making cockfighting a Class A misdemeanor in 2015. He has continued to advocate for strengthening of the law, aligning the penalties with the state’s anti-dogfighting law and with the federal penalties for illegal animal fighting activities.

The Guam shipping records reveal nearly 8,800 birds were sold and shipped as “brood fowl” but Guam does not have a significant animal agriculture industry or a show-bird circuit. Additionally, the ratio of roosters to hens in these shipments was nearly 10 to 1 with some shipments being over 100 to 1.
“It’s just not customary for a conventional animal agriculture enterprise to require more males than females,” observed Marty Irby, the executive director of Animal Wellness Action and a former Tennessean who has spent the past decade trying to end animal abuse in the Volunteer State. “Standard breeding protocols would have the ratio of male to female birds to be inverted, but male birds are used in cockfighting. Any reasonable person would conclude that these shipments were primarily for cockfighting, which was long practiced on the island.”

The investigation report and other assets can be accessed here.