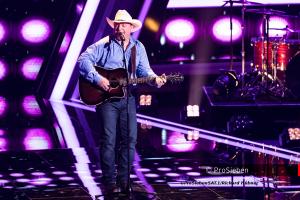 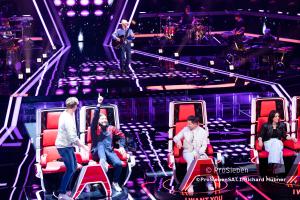 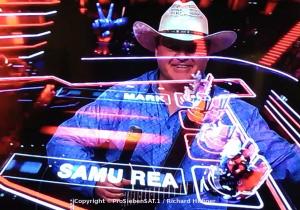 Country Singer – Songwriter Doug Adkins (Douglas Adkins), who has written over 200 songs and released 10 Country CDs is competing in The 10th Anniversary of The Voice of Germany 2020! The program which airs on nationwide television in Germany, Switzerland, Austria, and Denmark draws an average 3.5 million viewers. While The Voice of Germany is not known for showcasing Country Music, Adkins relished the challenge of competing against the younger pop singers and the opportunity to present the fun upbeat side of Country Music to the European audiences. From the original number of 35,000 applicants that applied to take part in The Voice of Germany 10th Anniversary show, just 140 contestants were invited to Berlin to compete for the 72 coveted spots in the Blind Auditions. Adkins said that "after Covid 19 canceled my 50 show summer tour for 2020, I had a lot of free time on my hands and decided to throw my hat in the ring for The Voice Of Germany 2020, and I'm very happy I did!"

In The Blind Auditions, Coaches Mark Forster (Germany) and Team Coaches Samu Haber (Finland) and Rea Garvey (Ireland) turned their chairs around for Adkins as he sang his version of the Billy Ray Cyrus Country Classic "Achy Breaky Heart." In the end Adkins chose to join the Finish and Irish stars on Team Samu-Rea.

Next up for Doug Adkins are the Battles at The Voice of Germany 2020! After that, it's off to Nashville in January 2021 to record his 11th studio album.