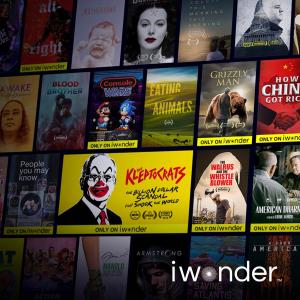 iwonder arrives in India with selection of world’s top documentaries

iwonder combines breaking news from around the world with documentary recommendations 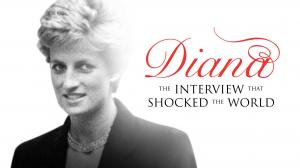 Diana: The Interview That Shocked The World, new and exclusive to iwonder

Learn & Earn: 1 lakh rupees of Bitcoin for one new subscriber who watches any documentary on iwonder

SINGAPORE, June 23, 2021 /EINPresswire.com/ — To mark today's launch of documentary video streaming service, iwonder, TV, desktop and mobile users across India will get the chance to earn cryptocurrency simply by learning something new about the world.

One new subscriber will receive 1 lakh rupees worth of Bitcoin (or, if they prefer, Rs 100,000 in cash) by watching any documentary on iwonder – available with a 14-day free trial – including series and shorts on cryptocurrency, which continues to make waves around the world.

All eligible subscribers in India who have watched a documentary on iwonder by 23:59 (IST) on 31st July will be entered in the prize draw, with the winner announced on 6th August.

Already available across Southeast Asia, South Asia, Hong Kong, Australia and New Zealand, where the service has been growing a fanbase of documentary fans since 2019, iwonder's bulging library of festival favourites and critically acclaimed films provides an in-depth view behind news and events shaping the world, as documentary viewing continues to grow faster than any other category globally.

With access to documentaries across more than 50 genres and categories including entertainment, sport, history, politics, science and technology, religion, music, movies, nature and much more, over 1,000 films put a spotlight on issues and current affairs regularly making headlines around the world, including:

Diana: The Interview That Shocked The World – Through interviews and footage, relive the moment in 1995 that changed everything for the British monarchy, when Princess Diana candidly opened up about her marriage to Prince Charles and her life as a member of the royal family.

The Pickup Game – An inside look at the multi-million dollar 'pickup' industry – a business where self-styled seduction coaches charge a small fortune to teach men skills they claim will guarantee success with women.

Eating Animals – The film explores the notion of stepping away from the industrial meat farming practices of the past 40 years that have polluted our environment, endangered our health, and caused us to be complicit in the inhumane treatment of animals.

The Kleptocrats – The astonishing story of the world’s biggest white-collar heist involving government corruption at the highest level, abuse of power and international money laundering leading to the conviction of the former Malaysian Prime Minister

To browse iwonder's full library of content, or search by categories and genres, visit www.iwonder.com.

Only available with iwonder, breaking news stories integrated directly into the homepage and paired with hand-picked documentaries on similar and associated topics, allow subscribers to deep-dive into key issues and current affairs such as COVID-19, climate change, the Myanmar Coup, cryptocurrency, and more.

More than tripling its subscriber base in 2020, iwonder’s arrival in India is perfectly timed to meet the growing demand for documentaries not yet fully catered for by established streaming services. Named 'App of the Day' and a 'Hidden Gem of Southeast Asia' by Apple in 2020, iwonder arrives in India on a wave of international acclaim.

Available with a 14-day free trial and then a low limited time offer of Rs 99 rupees per month or Rs 499 for an annual subscription, subscribers can stream iwonder on their mobile phones via iOS and Android apps, browsers at www.iwonder.com, with Apple TV, Android TV or through Google Chromecast or Apple’s Airplay, as well as the ability to download and watch offline through the iOS and Android apps.

iwonder co-founder and CEO, James Bridges, says: "We’re incredibly excited to make iwonder available across India from today, giving curious-minded documentary fans everywhere access to some of the best factual films and series available anywhere in the world. With more storytellers across the globe able to share their real-world perspectives and experiences through the power of video on demand, we’re proud to be at the forefront of a new golden age of documentaries and factual entertainment sweeping across India and the world.”