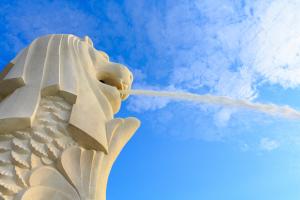 The Kookfontein project is a historical moment for us, as it is expected to triple our chrome trading volumes, as well as make a dynamic entry into the world of PGM trading.”
— Dinos Demetriades

The acquisition and development of the Kookfontein project represents an exciting opportunity for Pelagic and a turning point in the company's business as it anticipates tripling its chrome marketing volumes while simultaneously providing the company with an entry point into the PGM distribution business.

Dinos Demetriades, CFO of Pelagic had this to say: “The Kookfontein project closing is a historical moment for our business, as it is expected to triple our chrome marketing volumes, as well as providing Pelagic an entry point into the PGM raw materials market.”

The Kookfontein project boasts proven reserves of 10 million metric tons and is expected to reach monthly production levels of 40,000MT chrome concentrate and 30,000MT of primary PGE rich Run of Mine ('ROM') by the end of 2021. Pelagic will have the exclusive rights to market 100% of the commodities produced by the project. The deal will see Pelagic marketing over 1 million tons of chrome per annum, representing 2-3% of the global chrome market.

The Pelagic Resources Group (“Pelagic Resources”) is an established global physical commodity merchant, headquartered in Singapore with offices in South Africa, Zimbabwe & China with a core focus on specialty metal ores. Pelagic was founded in 2016 and has since marketed over 1 million tons of chrome concentrates to China, Europe, India and the USA.

About Bauba Resources
Bauba Resources is a diversified mining and exploration group, listed on the Johannesburg Stock Exchange. The group engages in chrome mining, platinum exploration and other projects in South Africa.